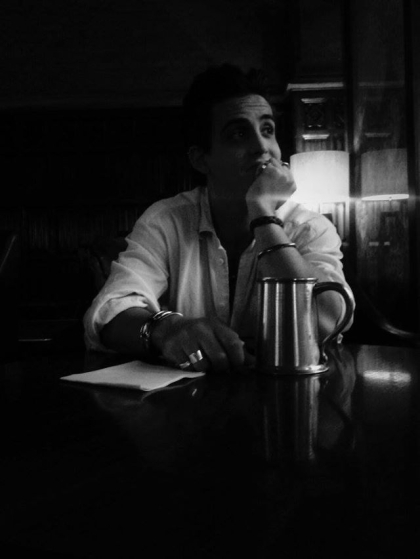 Can you tell me about your new book Criminalising the Purchase of Sex: Lessons from Sweden?

My book deals with the outcomes of Sweden’s sex purchase law, a law that criminalises the purchase of sex and that has been hugely internationally influential. In the book, I present the results and analysis of fieldwork and research that I undertook in Sweden between 2008 and 2012.

My research was originally for the purposes of my PhD, and focussed on the outcomes of sex work and drug legislation in Sweden, concentrating on what the outcomes of Sweden’s sex work abolitionism and drug prohibitionism have been. The book focuses almost exclusively on the outcomes of Sweden’s sex work legislation, which I felt merited involved exploration, given that other states continue to advocate for the adoption of the ‘Swedish model’. Writing the book provided me with an opportunity to include more verbatim respondent quotations than I had been able to include in my other work to date, and to expand on many ideas and discussions that I hadn’t been able to include in other papers or my PhD.

In my book, I stress that Sweden’s international influence is not well-deserved, since the law has been demonstrably detrimental in terms of exacerbating the harms that can be associated with sex work, detrimentally impacting service provision and harm reduction, increasing stigma and social exclusion, and I also emphasise that the law has failed to reduce levels of sex work, which was the principal aim of the legislation. So, the law has failed to achieve its goal, and it’s been hugely damaging. This probably shouldn’t come as much of a surprise, given that criminalising legislation of this sort frequently exacerbates harms and social exclusion, pushing groups into clandestine space, but in spite of this, there are consistent attempts to export and import the Swedish model. I don’t only discuss this particular law, but also other laws that are used to directly target and destabilise the lives of sex workers in Sweden.

What led to your interest in studying the subject of sex work?

Much of my research has focussed on laws, policies, and discourses that socially exclude, stigmatise, and marginalise people, both contemporarily and historically. In my book, I note that “my interests and political perspective had, no doubt, come to shape my academic interests, with these circularly coming to inform my personal interests”. Many of the tools of silencing, controlling, and stigmatising groups are markedly similar, whether we are talking about issues of racism, LGBTQ people, sex workers, or people who use drugs, for example, which have all been research and advocacy foci of mine.

In terms of the focus on Sweden’s sex purchase law, I was particularly struck by the extent to which the law is internationally influential, but in a context where the law hadn’t been involvedly evaluated by the Swedish government and where much work produced on the topic seemed hugely biased, and didn’t include the voices of those to whom the legislation pertains, sex workers themselves, or other key stakeholders for that matter.

Can you share about the research involved and how you went about undertaking that?

I conducted pilot research in 2008, which involved a brief trip to Stockholm and a few interviews. This fed into my Master’s thesis at Cambridge. Following the pilot research, I moved back to Stockholm later in 2008 for several years. I also spent a bit of time in Malmö and Oslo to conduct fieldwork on the outcomes of the Swedish model in the south of Sweden, and the criminalisation of the purchase of sex in Norway, respectively. My research methodologies primarily included participant observation and involved, semi-structured qualitative interviewing. I kept a field diary of my observations and notes on my participant observation, informal conversations and interviews, and formal recorded interviews took place throughout my research too. Interviews were pretty involved, and many lasted for several hours and I interviewed some respondents on several occasions. Respondents included sex workers, service providers, social workers, police, and policy makers and politicians, and interviews transcribed at over 400,000 words, so coding/analysing the interviews was hugely time consuming! Given the book’s foci and the importance of methodology, and the fact that I identify methodological faults and failings of some other research, I felt that transparency of my methods was very important. I therefore included an involved Methodology chapter in the book, though this would often be omitted or heavily abridged in a book such as this.

What was your process for writing the book, was every chapter planned in advance, and did you come across any difficulties in the writing process and if so, how did you overcome them?

My primary issue was probably in terms of how to structure the book. The book is structured around the interviews I conducted, and a significant proportion of the word count is verbatim respondent quotations. I really want to position respondents as active and not passive in my work, to allow the words of respondents to speak for themselves, and to respect respondents as experts on their own lives and experiences.

In order to make sure I didn’t miss any significant themes that had come up in interviews, I used what’s sometimes termed a ‘Grounded Theory’ method of categorising data: each interview was rearranged under core themes and headings, and new themes and headings emerged as I went through each interview. The creation of new themes/headings stopped when no new categories emerged from the interviews. This provided they key structure for the book, though there was a constant process of moving things around for the sake of flow of argument etc. Quotations are presented in such a way as to present numerous and contrasting respondent views and analyses on the topic in question.

The book begins with an overview of the legal debate and establishment of the law, followed by an exploration of how sex work has come to be constructed and understood in Sweden and in broader feminist discourse. I then move on to the outcomes of the law – and the understandings that justify it – on levels of sex work in Sweden, on service provision and sex workers’ experiences of service provision, and on the lives and experiences of sex workers, including experiences of the Swedish police. All this is preceded by an introduction that discusses Sweden’s history of eugenics, social engineering, and containment and control of various groups, and hopefully contextualises the rest of the book.

Could you describe the target audience for the book?

There are a few target audiences. I hope that the book will be a useful tool for sex worker rights organisations, and for policy makers and politicians who are interested in the outcomes of the Swedish model. It will also be of interest to academics and students in various fields including law, women’s and gender studies, human geography, sociology, and criminology.

What are your plans for the future?

As I mentioned, my work has also focussed on the impacts of drug prohibitionism and the harms that prohibition does to people who use drugs. Some of this research is discussed briefly in my book, which I think helps to contextualise broader issues surrounding social control, stigmatisation, harm reduction, service provision, HIV/AIDS policy and law, and so forth. However, the majority of my research on drug law and policy wasn’t included in the book. I would very much like to publish my research on Sweden’s drug legislation, laws that criminalise the very use of drugs and allow for compulsory treatment of people with drug dependencies; I’m now planning to devote more time to this.

Where can people buy the book?

It’s available on Routledge’s website here, as well as Amazon internationally (UK link & US link), Waterstones, Abebooks, and so forth.

Where can you be found online?

I can be contacted at: j.levy.03@cantab.net.

Some of his relevant work includes:

“In the Booth with Ruth – Dr Jay Levy, Researcher and Consultant” Produced…

“There is no such thing as the ‘right’ to prostitute oneself, only the one to never ever be reduced to become merchandise,” says Lise Bouvet in her interview for Human Trafficking Awareness Month. Lise has been studying prostitution for fifteen years. She has worked for NGOs, and has both field and academic experience. Her research has compared the situations in USA, England, France, Germany, Netherlands, Belgium, Italy, Switzerland, Japan, Sweden, China and Thailand among other countries.

How did you become involved in supporting the abolition of prostitution?

Well that’s very simple: I’ve been working on prostitution for fifteen years now, in social sciences, then philosophy. I’ve worked for NGOs too. I have both field and academic experience. I have researched and compared situations in many countries including USA, England, France, Germany, Netherlands of course, Belgium, Italy, Switzerland, Japan, Sweden, China and Thailand.

Things are obvious: the only system that has seen prostitution decrease is the Nordic model for it is a true abolitionist policy. Any public policy that would leave out of its reach one of the three major parts of the prostitution system is bound to fail. Sweden has challenged the major part of the system, which is the john. No johns, no prostitutes, no trafficking, no pimps. It’s as simple as that – and it took me ten years to reach that conclusion!