Could you share how you became involved in the sex workers’ rights movement and why it’s so important to you?

There are so many moments that have added up to my becoming an activist. When I was sixteen a District Attorney declined to prosecute my father for abusing me and pimping me out because she thought a jury would not believe a teenage prostitute, even in the face of physical evidence. When I was an eighteen year old stripper I was raped and the police made fun of my dress and threatened to arrest me for making a false report. A decade ago when the Internet seemed young I discovered blogging, and sex worker bloggers like Audacia Ray helped me think critically about sex work and my life for the first time. In 2009 Carol Leigh explained the sex trafficking laws to me and I realized that a lot of…

On Monday, Lord Morrow’s ‘Human Trafficking and Exploitation Bill’ passed the final vote by the Northern Ireland Assembly. An amendment tabled by Sinn Fein to have the law evaluated in three years is simply not enough: sex workers needed Northern Ireland to wake up to the danger of criminalising the purchase of sex now, not in the future.

Lord Morrow claims Clause 6 of his Bill, which criminalises paying for sexual services, will reduce sex trafficking. In Sweden, however, where the purchase of sex has been criminalised since 1999, this has not proven to be the case. In fact, in a Swedish police report that states the extent of trafficking cannot be measured, an increase in indoor prostitution is indicated by the number of Thai massage parlours, known to operate as brothels, in Stockholm and the surrounding area rising from 90 to 250 between 2009 to 2011/12.

Author of the book Criminalising the Purchase of Sex: Lessons from Sweden, Dr Jay Levy, who conducted fieldwork in Sweden over several years on the outcomes of the so-called ‘Swedish model’ says, “There is absolutely no empirical evidence that overall levels of sex work or trafficking have decreased following the introduction of the law in 1999; instead, sex work has simply been displaced off-street.”

“Trafficking is an evil, hateful scourge, let’s get that straight. But the study from Queen’s University showed that most sex workers in Northern Ireland are there by their own free will,” Kate, a Northern Ireland based escort, told me. “So surely they have the same rights as any other workers, to support themselves, and members of their families in many cases, and to work without fear. This law takes that right away. It’s already difficult to go to the police and if clients are criminalised, it would be impossible.”

As well as missing key delegates, the conference also missed key points from their agenda, which included dealing with the high rate of crimes committed against women in prostitution and the lack of reporting of such crimes to the police. Had safety – not ideology – been their priority, perhaps the Merseyside hate crime model would have been passed at Stormont this week. Merseyside leads the UK on conviction rates for crimes committed against sex workers. Their joined-up approach of the police working with sex work projects that offer outreach, harm reduction and help exiting the sex trade has also led to the number of women working on-street in Merseyside being reduced by half.

While the police change their focus from enforcement to protection, it has been shown in Merseyside that the trusting relationships developed during outreach lead to exiting. Worryingly though, the documents from the DOJ conference revealed there was perceived risk around providing outreach services, which are essential and lifesaving.

Due to their similar stance on prostitution, there is a lack of outreach and harm reduction provided to sex workers in Sweden. “[Sex work] has been increasingly stigmatised, following through into discrimination from service providers, healthcare providers, and the police. There is additionally considerable opposition to sex worker-targeted harm reduction in Sweden, which is felt to encourage and facilitate sex work and therefore to undermine Sweden’s aims of reducing levels of prostitution,” Dr Levy says. “The legislation has been hugely detrimental in terms of the health, safety, and wellbeing of sex workers. It is very disconcerting that yet another state is pushing to criminalise the purchase of sex.”

Decriminalisation of sex work is the legislation supported by the UN Special Rapporteur on the Right to Health, UN Women, the Global Commission on HIV and the Law, the WHO and Human Rights Watch among other organisations. This legislation ensures sex workers’ rights. Increasing safety should be paramount, so that sex workers can work together from premises, as research shows they are most vulnerable to rape and other violence when working alone.

Justice Minister David Ford believes prostitution and human trafficking should be dealt with as separate issues. Clause 6 of Lord Morrow’s Bill is meant to abolish sex trafficking, but there is no evidence to suggest this will happen. The result will be that both sex trafficking victims and sex workers will suffer. In their effort to make it more difficult for men to procure sexual services, they will make it more difficult for support services and police to engage with women involved in sex work and also to identify and assist victims of sex trafficking. The Queen’s University research found the vast majority of clients would not be deterred by the law from purchasing sexual services. Where buying sex is already illegal in Sweden, sex workers based off-street report there is no reduction in the number of clients.

“This will make life so much less safe for anyone involved in sex work, and will divert resources from vulnerable people,” says Dr Belinda Brooks-Gordon, sex work law expert and Reader in Psychology and Social Policy at Birkbeck, University of London. “Stormont should be ashamed of itself because there is enough good evidence around to show the failed Swedish experiment for the dangerous sham that it is.”

Supporters of Lord Morrow’s Bill eliminated from their agenda the safety of the very women they claim are vulnerable. They attempted to defame those who do not back the criminalisation of the purchase of sex as supporters of sex trafficking in order to undermine their arguments. They should have properly examined the available evidence and consulted with those to whom the legislation applies: sex workers themselves. 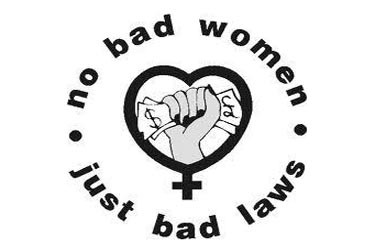 Pushing prostitution further underground will not abolish it nor help sex workers.

It will endanger sex workers’ lives and livelihoods.

Consenting sex is not a crime. Criminalising clients will not stop prostitution; it will push it further underground, making it more dangerous and stigmatising for sex workers.

Where is End Demand’s outrage at UK benefit cuts and sanctions which are hitting mothers and children hardest, at mothers skipping meals to feed their children or having to resort to food banks?

What they say about the Swedish model is misleading and hides the truth: 25% of Swedish single mothers now live in poverty compared to 10% seven years ago; sex workers who are mothers face losing their children; sex workers facing violence are now too afraid to go to the police for protection as the stigma of prostitution has increased.

End Demand quotes Alan Caton, Suffolk’s former Chief Superintendent. But the murders of five women in Ipswich in 2006 were preceded by a police crackdown. So were the murders of three women in Bradford in 2009-2010. Sex workers were hounded and forced out of their established red light areas into bleak industrialised areas, away from the concerned eye of the community.

We are not the only ones to have noticed that crackdowns endanger women’s lives. Mariana Popa, a young immigrant mother, was murdered on the streets of Ilford, London, last October, in the wake of a police crackdown against clients. Following her death, senior police officers raised concerns that ‘operations to tackle prostitution are “counterproductive” and likely to put the lives of women at risk’.

‘Chris Armitt, the national police lead on prostitution in England and Wales, also called for a review of enforcement tactics aimed at prosecuting prostitutes. “We are not going to enforce our way out of this problem. It simply won’t work. I feel it would be good to allow a small group of women to work together, otherwise it creates a situation where they are working away from other human support. I think the disadvantages of working alone outweigh the advantages.”’ http://www.theguardian.com/society/2014/jan/19/woman-killed-prostitute-police-blame

While more and more time and resources are being diverted into policing prostitution, rape and child abuse continue on a mass scale despite thousands of victims coming forward. Where were the police when children were being abused in Rotherham, Rochdale, Oxford, and in children homes all over the country? Where were they when women and their children were killed by violent partners and ex-partners? Where are they now when the same perpetrators continue to avoid prosecution? What is their connection to the perpetrators whose crimes they have aided and abetted?

Increasing the powers of police to deal with prostitution has already resulted in more arrests, raids, stealing and seizing the earnings of sex workers, and other abuses of power and corruption. No one who is calling for the criminalisation of clients has shown any interest in this.

The North of Ireland Assembly has just voted to criminalise clients. But Scotland has refused and so has France. It is time to look at decriminalisation and that’s what we are campaigning for.