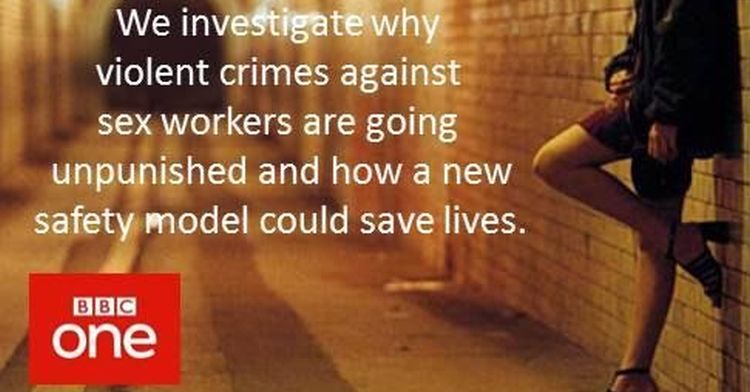 A short documentary investigating the policing of prostitution in the South East will air on Monday 13 January at 7.30PM. It will compare this with the Merseyside hate crime model, which leads the country, ensuring people in the sex trade feel safe to report crimes committed against them and perpetrators are convicted.

As well as airing on BBC1 in the South East region, the documentary can be watched across the UK on BBC iPlayer and on Sky channel 963 and Freesat 959.

At 7AM on Monday morning I’ll be on BBC Radio Kent discussing the Merseyside model with Clare McDonnell and at 10AM I’ll be interviewed about my past in prostitution by Julia George.

A clip from the previous BBC1 North West documentary on the Merseyside model can be watched worldwide on BBC News here.

The BBC1 London Merseyside Model documentary can be viewed on iPlayer here.

For more information on the Merseyside model click here.

Please add your name to the Change.org petition calling for the Merseyside model to be made law UK wide.

I wanted to write something for International Day to End Violence Against Sex Workers but I didn’t think I could as I’ve been in too much of a dark place these last few weeks with my own suffering from the repercussions of sexual violence. I wanted to go to London to stand in solidarity with sex workers and allies to mark this day, but for the same reasons, tonight, I couldn’t do that either. Then I felt selfish wrapped up with my own pain when tonight there will be women in the sex trade who will be raped, who will be beaten and some will be murdered. So I have to say this…

Violent men think they can beat, rape and murder women in the sex trade because they do not have the protection of the police and recourse to justice. Then there are some feminists who say all sex work is violence and rape. If this is so, how can anyone in the sex trade report violence or rape against them, if it is all the same? Let me tell you, because I have lived this, it is not. There is nothing remotely similar between clients who respected my boundaries and clients who raped me, or the client who beat me. This complete disparity must be recognised so the police do take notice and deal with the rape or violent attack we’ve suffered as they would any other victim. If our friend, sister, mother or daughter is murdered by a client, it was never part of their job!

Most people in the sex trade do not have other choices, many are in poverty, and for those who do have other choices and still choose to sell sex, every single person deserves the same respect from all of society and the same protection of the police and recourse to justice when they have been the victim of a crime and for that to happen, the Merseyside hate crime model must be made law UK wide.

And to prioritise protection over enforcement that means that when a woman, man or transgender person reports a crime committed against them, the police deal with that crime and treat that victim of crime as a victim and not a criminal, as is known to happen in the rest of the UK where the victim of crime is instead charged for something related to prostitution. So in Merseyside, the police do not charge them for working in premises with another woman for safety, which is classed as running a brothel, they do not charge them for soliciting if they were working on-street, they do not charge their university student twenty-year-old son or their elderly mother who lives with them for living off immoral earnings. They deal with the crime reported against them and treat them the same as any other victim of crime.

Knowing this is what has increased reporting of crime in Merseyside, is what brought about a 90% conviction rate of those who raped sex workers in Liverpool in 2009 and a 67% conviction rate for those who raped sex workers in Merseyside overall in 2010, is what has made all of society safer by taking off the streets more rapists, murderers and other violent criminals and what means there are fewer rapes, other violent crimes and murders.

To the people currently seeking to abolish prostitution, in a capitalist society what you are actually saying is abolish prostitutes because there is no money for exit routes; our UK government here is not going to invest in this if it even has the money. Most people in prostitution are in poverty. Shelter estimate there are 80,000 children who are homeless. If their mothers choose to, and it might be their only choice so there isn’t a real choice, but if they do, sell sex so they don’t end up homeless, or to take them out of the temporary accommodation homelessness has left them in and in which over half have witnessed disturbing incidents, we as a society need to make sure they are as safe as they possibly can be. We need to end poverty. That is what we should be seeking to end, not demand. This is the wrong fucking way round. And I can’t see why people cannot or will not see this.

As we’ve seen in Scotland when clients of women working on-street are criminalised, the women are left mostly with the more dangerous clients, murderers and rapists, and they have to see more clients for less money and they have to agree to sex acts they don’t want to do because of lack of clients. And you might argue that they do not have do this, but if their home is freezing because they have no money for gas, if their children have lived on porridge for a week and they want to buy them some meat, if they are about to lose their home because they are in rent arrears and the council won’t help them and this new bedroom tax has meant their benefits are no longer enough, and they would rather sell sex and have their home warm, their children fed, not end up homeless, then they need to be able to do that as safely as possible. And if the woman wants the money to save going into further debt while studying, or for drugs, or for any other reason, whatever the reason, she deserves the same safety, and not the judgement of people on their plastic moral high ground.

Some people seeking to abolish the sex trade want to criminalise clients in every country based on research of the Swedish model, research that does not stand up. It is a “failed experiment in social engineering” and Sweden has history here. They want this Swedish model, which regrettably I used to support because I did believe it was best for people in the sex trade, but it will cause more rapes and murders, deeper poverty and more homelessness, to operate globally. And even if the research did stack up, any sane person can see you cannot replicate something that relies on government investment for ‘exit routes’ from a wealthy country with a tiny population and a small number of people in the sex trade to the UK, which has an estimated 80,000 people in prostitution. And then use your common sense when you look further to India, for example, a poor country with a huge population and high number of people in the sex trade, where if there was this Swedish model, there will also be starvation and death for women in the sex trade and their children and grandchildren.

I do believe there needs to be in every country serious investment for real alternatives for women seeking to leave the sex trade. Personally, I do not believe these services should be forced, but optional, and non-judgemental and non-religious. But surely even those wanting to criminalise all clients can see these ‘exiting routes’ need to be in place first. Even if countries had the money and were willing to invest, these services and the volume required are not going to pop up overnight, or in a month, or even a year.

I am not the sex trade lobby and I am not pro-prostitution, but I am pro-every-person-in-prostitution, both sex workers and victims of sex trafficking. It is possible to care about both equally and it is possible to realise different laws are needed to protect both groups of people. And as someone who has sold sex, who knows that for her and for most of the women she knows who are out of that life that it is traumatic, even with that knowledge and the repercussions of trauma that I live with daily, as a mother I would still choose to sell sex to keep my home warm, to feed my children, to pay my rent arrears, if those were my circumstances. I am fortunate that right now, they are not, but perhaps because I am able to envisage that and imagine myself in other women’s shoes whether in the UK or India or anywhere else, I respect them for what they do to survive, which is the reality for most people in the sex trade. I am no different from those women just because I don’t sell sex any more, and I and them are no different from any other woman who has never sold sex.

No woman deserves to be raped or the victim of other violence or murder. It is never right to blame the clothes she was wearing, that she was drunk or on drugs, that she was out late at night, or that she was selling sex. 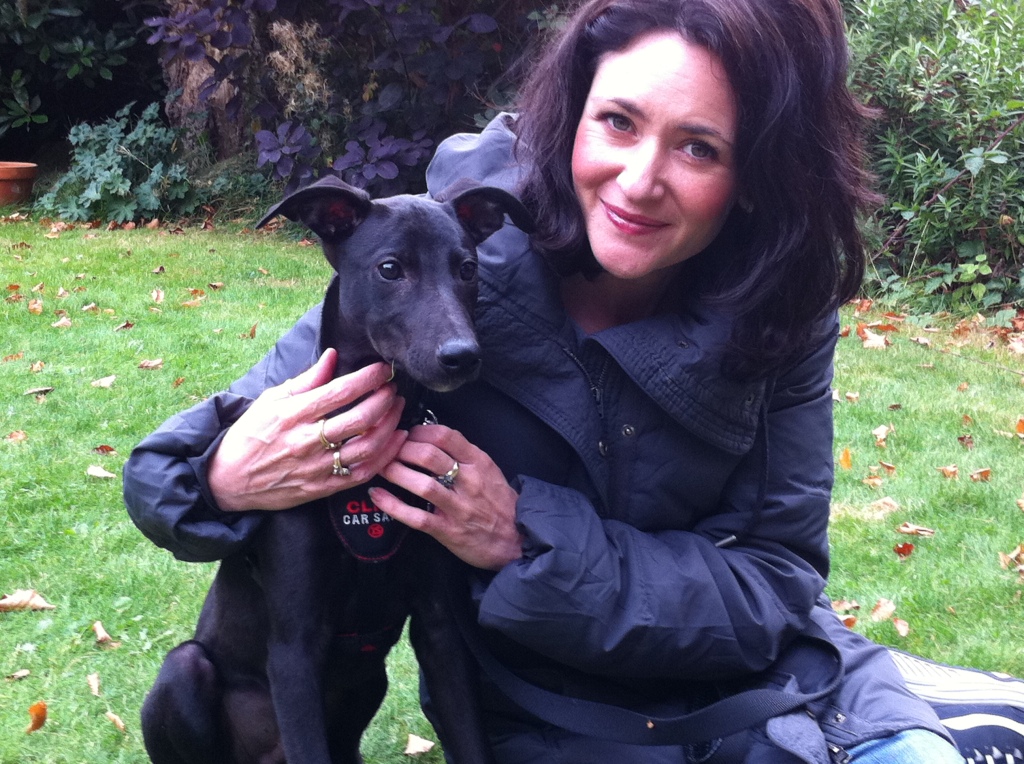 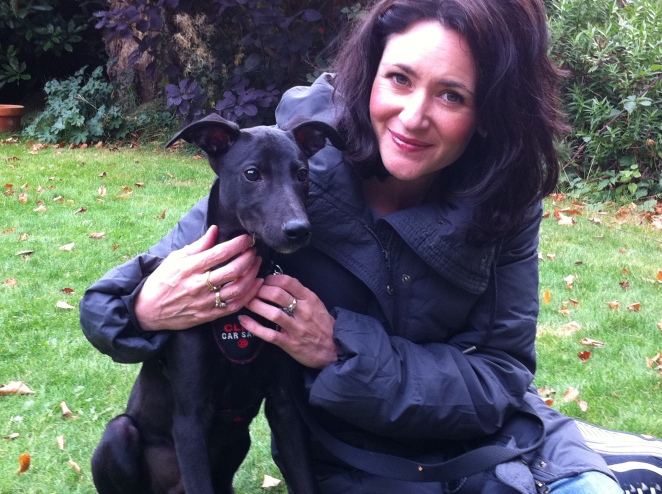 We know them. We all know a woman who struggles with drugs and alcohol. Perhaps she’s a woman in your family, a friend or even a co-worker, but we know them. If you have not been a drug addict then you cannot know what they go through. You can’t imagine the pain they feel from moment to moment and the things that they are driven to do because of that addiction…. Ruth Jacobs has been there – in the very recesses of hell – and she came back to us… Read the full article on Women Move the Soul here.