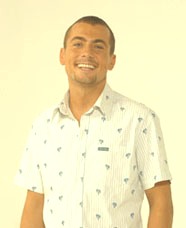 About an hour or so ago, me and Lorna arrived at her friend’s house in Dee Why. We got here late, but other people are still turning up. The house is packed. I’m sitting on a sofa in the lounge. I’ve wandered around from the kitchen to the hall and back to the lounge. I’ve drunk too much vodka to walk anymore. I’m sat next to people who are gouching out. I’m not gouching though. Lorna won’t give me the heroin. She’s punishing me because she thinks I tried to overdose again. I didn’t though. It was an accident earlier. I told her, but she doesn’t believe me.

The music is loud. A Massive Attack song is playing – Inertia Creeps. I can’t make out what anyone is saying. Not that anyone is talking to me. They’re sitting in groups around the room. I can just hear that chatter sound. It’s drowning out the thoughts in my head. So is the music and so is the vodka. Heroin would be better though.

I’ve been watching Mickey since I got here. He looks less surfer-dude tonight. He’s wearing jeans and a white, short sleeved shirt. Lorna’s been speaking with him for ages. She’s left me alone here on the sofa. Another way to punish me. I don’t understand why it’s okay for her to talk to him but I’m not allowed to. If he’s as bad as she makes out, why is she spending time with him?

Lorna leaves the room. Mickey walks over to me. He sits next to me on the sofa. He smiles. I melt inside.

“Whatever Lorna’s said about me, it’s bullshit.”

“She hasn’t said anything,” I lie. I don’t want to cause any problems with my only connection in Sydney. I shouldn’t even be talking to him. If Lorna comes back and sees me, she might not score smack for me again. I had an inclination Mickey was one of us, but tonight he looks smart and his eyes are alert. I’m not sure if I should ask him.

“She said you’re a call girl. She can be a bitch.” Mickey squeezes my shoulder. “What did she say about me? I know she would’ve said something.”

Fuck it. If she told him that, I’ll tell him the truth. “You’re meant to be dangerous.” I try not to slur my words. “Are you?”

“I’m about as dangerous as you are a call girl.”

“Would that be right?” I lower my head then look up into his light blue eyes. “So, tell me, Mickey, can you get any smack?”

He stands up. I think I’ve offended him. It was too early to ask that. He wraps his fingers around my hand. He’s pulling me up from the sofa. This is promising. I feel wobbly on my feet. I hope I don’t trip in my six-inch Louboutins. He’s guiding me out of the lounge and into the hall.

I remove my hand from behind my back and shake the bottle of Smirnoff I’ve been carrying.

Still holding my hand, he walks up the stairs in front of me. I hobble behind. I hope he’s got some gear and not taking me upstairs because he thinks I’m going to fuck him. Not that I don’t want to fuck him. I do. But I don’t fuck for free. How is this going to work? I haven’t fucked anyone for free in ages. After having sex with a normal guy, it feels like I’ve done a job and not been paid. I don’t need to worry about this now. We’re probably going upstairs to have a hit, not to have sex. I don’t think he fancies me anyway. But then most men don’t care where they stick their dicks. Not the men I know.

On the upstairs landing, he opens a door. The bedroom is lit by a red light bulb. There’s a couple making out on the double bed.

“Time to leave,” he tells them.

They rush out the room. Who is he? I didn’t think this was his house. He sits on the bed. He pats the area next to him. He wants me on the bed.

Still standing, I say, “Have you got the gear?”

I was right. He did bring me upstairs to fuck me. I can’t do this. I can’t get on a bed with a man and not get paid. This feels wrong. It feels alien. I feel like an alien. Although I find him attractive, I’m squirming inside. I head for the door. He gets there before me. He stands in front of the door, blocking my exit.

“I want to go downstairs.” I stamp my foot on the carpet.

“Me and you need a little talk first.”

“Calm down. It’s all right. We’re only going to talk.”

He takes my hand. He leads me to the bed. I perch on the edge. He kneels on the floor, still holding my hand.

“Don’t be upset.” His voice is gentle. “I haven’t got any junk but I’m not judging you. I’m only three days off it myself.”

“Why did you bring me upstairs? You think I’m easy, some slut who’s just gonna fuck you?” Tears are streaming down my face. I’m more upset than I realised. Now I’ve really blown it with him.

He fiddles in the back pocket of his jeans and pulls out a handkerchief. He wipes my eyes and my cheeks. I imagine the black lines that are streaking my face. That’s what happens when I cry with lashings of mascara and eyeliner.

“I just wanted to have a word with you about Lorna,” he says. “She’s up to something with you. I don’t know what, but I know that girl and I know when she’s scheming.”

I stop snivelling. “I don’t think so.”

“Why did she tell me you were a hooker then? Why did she tell you I was dangerous? I know her of old. We were at school together. There’s nothing about her that gets past me. I’m telling you, be careful with her. Watch your back.”

“Thanks for the heads-up.” I don’t want to tell him I am a call girl. Actually, Lorna wasn’t lying when she told you that. I am pissed off with her for saying it though. That’s my private business, not that I’m ashamed, but it’s my prerogative who I choose to tell. Sometimes I wish I was a normal woman, a normal person, with normal life and a normal job.

I’ve had moments wondering about Lorna, but that’s only when I’ve had anxiety. Looking at the facts, she’s really taken care of me. She’s helped me out. She’s been kind. I think Mickey’s wrong about her.

After I’ve cleaned my face in the bathroom, me and Mickey go back downstairs. I look for Lorna in the lounge. She’s not there. I walk through to the kitchen. She’s not in there either. I’m dying for a hit. She better turn up soon.

While I’ve been wandering around downstairs, I’ve lost Mickey. I’m alone again at a stranger’s party. I don’t even know whose house this is. Back in the lounge, my seat on the sofa’s been taken. I find a corner and sit on the floor. It was a relief Mickey didn’t want to fuck me. I couldn’t have done it. But it’s an insult too. I want him to want me, even though I can’t let him have me.